Clifford The Big Red Dog: Release Date and Things to Know Before You Watch It 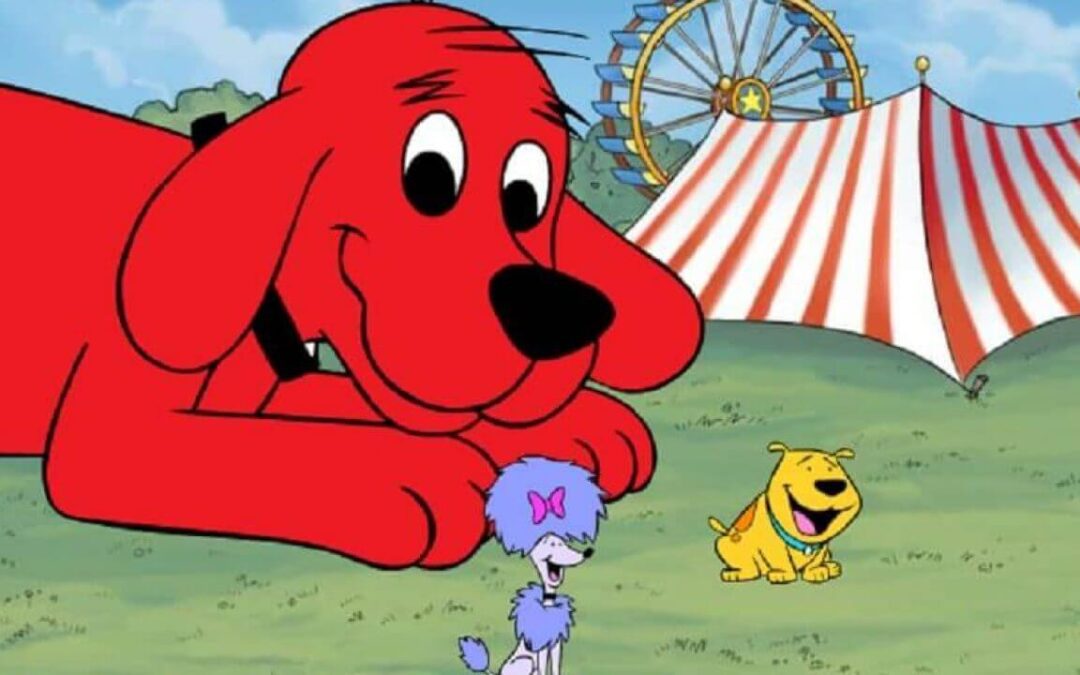 Screened in the biggest movie theater, CinemaCon, in August 2021, Clifford the Big Red Dog, is about to release soon. Due to the COVID-19 pandemic, the movie has faced many delays and changes in its release date. But, the wait is almost over, as the movie is set to release on 10 November 2021. Before you watch the movie, you should know the following details about it.

Clifford the Big Red Dog: An inspiration from the children’s book series

It’s a 2-year-old male red dog, but despite its age, it appears to be a giant red dog. It’s more or less 25 feet (7.5 m) tall from paws to head. This giant red dog has a mother, two sisters, and two brothers. The writer Norman Bridwell’s wife suggested the name of the dog. Though Bridwell wanted to name the dog “Tiny”, his wife suggested that “Clifford” is far better than “Tiny”. His wife based the name of the character on her imaginary childhood friend.

Named for creator Norman Bridwell’s daughter, Emily Elizabeth is an 8-year-old girl, and owner and human friend of Clifford. She’s often portrayed riding her pet like a horse.

Norman Bridwell based Clifford the Big Red Dog on the imaginary adventures of his wife. Because, as he recalled it, she was the one who picked out his sketch of a baby girl with a horse-sized bloodhound. And, she then suggested that there could be a story in it.

About the Director of Clifford the Big Red Dog (film)

Walt Becker is the director of this fun and adventurous movie. He’s an American film director and also a writer and actor. Van Wilder, Wild Hogs, and Old Dogs are some of his best-directed movies. He’s also directed Alvin and the Chipmunks: The Road Chip, which was released in 2015.

What is the plot of the big dog movie?

The story of the movie is somewhat different from its animated series on PBS. Though you can find some references from the books and cartoons, this movie has taken a different direction. The storyline of the movie revolves around the life of Emily Elizabeth. She’s a middle schooler and doesn’t find it easy to mix with people around her. Her single mother lives away for business. She receives Clifford, the magical red dog, as her birthday present and this is where her life becomes adventurous.

Clifford is a magical dog because it can grow on the amount of love it receives from its owner. The more its owner loves it, the more it grows, and finally becomes the giant red dog. One day, Emily wakes up to know that her dog has transformed into a giant red dog. She and her uncle are thrilled to know this. The fact that the more Emily loves it, the more it grows also intimidates and confuses her and her uncle. This giant red dog is just too large to get fit in their apartment in New York. So, Emily and her impulsive but fun uncle are set on an adventure with the giant red dog in the Big Apple.

The Cast of Clifford the Big Red Dog Movie

The movie will star Jack Whitehall, Darby Camp, John Cleese, Sienna Guillory, and Kenan Thompson. You can read the following shortly-detailed descriptions about some of them.

Born on July 14, 2007, she’s an American actress who’s playing the role of Emily Elizabeth in the movie. She began her career through her mother as her mother’s an actress herself. The role of Chloe Adaline Mackenzie in HBO’s Big Little Lies proved to be a breakout role for her. She is famous for her work as Frankie Hughes in Benji, Kate Pierce in The Christmas Chronicles, and Phoebe Evans in Dreamland. Now, as she’s set to star in Clifford the Big Red Dog, she’s become even more eminent in the film industry.

Jack Peter Benedict Whitehall is an English actor, presenter, comedian, and writer, and he’ll be playing the role of Uncle Casey Howard. He’s renowned to the world for starring as Alfie Wickers in the series Bad Education and as JP in the series Fresh Meat. He’s also starred in the television series Decline and Fall. Moreover, he’s also appeared with his father in the Netflix comedy documentary series Jack Whitehall: Travels with My Father in 2017. He had also been the host of the BRIT Awards from 2018 until 2021.

Best known for his roles on TV’s “In Living Color”, he’s an American actor and comedian. But you won’t see him on the screen because he’ll be voicing Clifford to bring Clifford live action to you.

He’s an English actor, screenwriter, comedian, and producer, and he’ll be playing the role of Mr. Bridwell. Mr. Bridwell is the animal rescuer who gives Clifford to Emily. He’s also the one who has portrayed Nearly Headless Nick in the first two Harry Potter films.

Whether Clifford the Big Red Dog is going to stream on Disney+ or some other streaming platform?

This is to clear the confusion about which platform is going to stream the movie. It’s not a Disney movie, rather Paramount Pictures is the streaming platform for it. The movie will be streaming on Paramount+ on Nov. 10, 2021. Moreover, it’ll also be released in theaters on the same day in the United States.

Paramount has also recently unveiled a new trailer of the movie. MPAA described the movie trailer with the remarks of “impolite humor, thematic elements, and mild action.” The words “impolite humor” are a reference to a scene of the movie. In this particular scene, uncle Casey Howard sticks a thermometer “in the animal temperature-taking place” to check whether Clifford has a fever or not.

This movie is seemingly aimed at very young children. The themes of embracing what makes you unique and self-love are some of the highlighted themes of the trailer. Some scenes might remind you of scenes involving Bumblebee in the first Transformers film. Like Clifford trying his best to be “smol” and Emily attempting to hightail it out of a tricky situation.

What’s the age rating of the movie?

If you’re a parent, you must be hearing your kids already excited for the movie after watching its two minutes adventurous trailer. There’s no surprise that you’ll be concerned about the movie’s age rating and what it includes. So, the age rating for the movie is 13 years. Moreover, the movie includes mild action, impolite humor, and thematic elements. The movie includes a talking animal with some comedy as well as emotional scenes. There’s no nudity as it’s a kid-friendly film.

Here are some fun facts you’d like to know about Clifford, the red giant dog.

1. Norman Bridwell was told that he’d never succeed in making it

Norman Bridwell was repeatedly told that he’d never succeed in creating a book series about the red giant dog. Because people considered his pictures of dogs too ordinary and boring. But, as you know, his wife suggested his drawings of a little girl riding a pony-like dog. Seems like that was all he needed as a suggestion because less than a month later Scholastic Books agreed to publish the book series.

2. There’s a funny reason behind giving red color to the dog

When Bridwell was asked about why he opted for red as the signature color of Clifford, he just admitted that he only had red paint on the drawing table that night.

3. What breed is Clifford?

Clifford has the characteristics of a giant Vizsla. According to Bridwell, he just took his inspiration for Clifford from the behaviors of all types of dogs.

4. Despite being giant, Clifford behaves like a normal dog

It was a firm belief of Bridwell that Clifford does many things the normal dogs do even if he’s oversized.

Despite being told that Bridwell wasn’t going to make it, not only did he make it but his Clifford books series exist in 13 languages today. Ever since the first Clifford books hit bookstores in 1963, more than 75 books have been published.