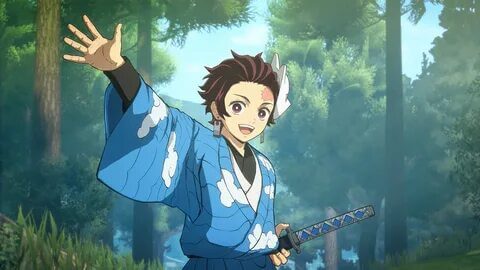 Demon Slayer season 2 is back, but some fans might be left disappointed

Here is the Demon Slayer season 2, but some people might be confused by the Mugen Train arc. Because it is currently recapping the hit movie and only providing its viewers only a little bit of new scenes in their episodes.

But no need to worry about that because we have brought you a lot of information to solve your all queries. We are here to give you the full release schedule of Demon Slayer season 2. We will tell you about when the new episodes coming from the Entertainment District arc. Some such people skipped or missed the movie and want to relive it. So we have the good news for them. We have laid out the whole Mugen Train episode 2 with time and date plans.

Moreover, there is a huge look at what you have to expect from the Entertainment District storyline. It will include the casting news, new demons talking in the shadows, and also where you can watch season 2 of Demon Slayer.

First of all, when we talk about the release date of the Demon Slayer episode 2, the date is October 17. The time set to air on Crunchyroll and Funimation is at 8:45 am Pacific and 11:45 am Eastern. The time set in the UK is 4:45 pm. We can expect that there will be the same time for every new episode moving forward, too.

There are also seven ‘recap’ episodes of Mugen Train that are airing every Sunday. It is complete with some music and new scenes.

The official ‘start’ for season 2 will come later – on December 5. That’s also going to be a one-hour episode so your time for waiting will be worthy. New episodes will be on air weekly in December 2021 and also into 2022. There has been confirmation about it from the official channels.

From December, the Demon Slayer movie will adapt the ‘Entertainment District’ arc of the manga. In the source material that takes place after Mugen Train. There is a surprise move for its fans. Because now there is a recap of seven episodes which is currently on air with some new stuff. But if you are unfamiliar or didn’t see the Mugen Train then go for it. You will understand the story better and know about every character.

So, what is the viewer going to expect from the story? Without diving much into specific movie spoilers, the end of the first season was amazing. It was when Tanjiro, Zenitsu, and Inosuke were summoned to their first major assignment as part of the Demon Slayer Corps.

Rengoku is a member of the Hashira (elite Demon Slayer swordsman) who has a task to accompany the Trio. And with the Tanjiro’s sister-turned-demon Nezuko in tow. The events of the movie surround Tanjiro and the company’s attempts to take down the Lower One of the Twelve Moons. The demonic group was led by the original demon – and slayer of Tanjiro’s family Muzan Kibutsuji.

After the dramatic events of Mugen Train, Tanjiro, the Hashira, and the Demon Slayer Corps. It will have to deal with the fallout of the movie. And this happens at the end of the Infinity Train saga. But also the emergence of dangerous new foes.

Now the first trailer of Demon Slayer season 2 is available and you can watch it. In the detail of the Demon Slayer Corps’ excursion to the entertainment district in Yoshiwara, Inosuke is seen charging away in one scene, while there is a special focus on the Sound Hashira. it is Expected by him to tag along and mentor the fledgling trio of Tanjiro, Inosuke, and Zenitsu as in the same way Rengoku did during Mugen Train.

If you want to know a more in-depth overview of what lies or what is true you can go on the official Demon Slayer Twitter account. They has unveiled a teaser of five minutes as well with its opening song.

The trailer below of the second season shows that there is the group heading toward Yoshiwara, which is a town with bright lights and dark desires. Fertile ground for demons, then, and with the Sound Hashira (Tengen Uzui) also in tow, expect Tanjiro to maybe come into conflict with an Upper Moon or two. There is a confirmation to appear Upper Rank Six demon and Daki.

The core Demon Slayer voice cast are all back for season 2. At least in the original, subtitled version. No word yet on the English dubbing.

That means the Demon Slayer characters Natuski Hanae (Tanjiro), Akari Kito (Nezuko), Hiro Shimono (Zenitsu), and Yoshitsugu Matusoka (Inosuke) will all be back. Expect other secondary characters, including Tengen Uzui and Shinobo, to also crop up. The villain, Muzan Kibutsuji (voiced by Toshihiko Seki), is also expected to make an appearance. While another villain, Daki, will be played by Miyuki Sawashiro.

Demon Slayer season 2-episode count – How many Mugen Train arc episodes are there?

Throughout October and November, we are getting seven Mugen Train arc episodes. The Entertainment District arc kicks off in December, but it could be shorter than expected by their fans.

Fans are discovering from streaming service that the total episode count for Demon Slayer season 2 is 18 episodes. That would work out at seven for Mugen Train and 11 for Entertainment District. This information is not confirmed yet.

Where can I watch and stream Demon Slayer season 2?

There is a very common question asked by many people that where to watch Demon Slayer movie?  Funimation is announcing the exact availability of Demon Slayer season 2. All episodes will be available on the anime streaming service in 2021. Crunchyroll members can also watch new simulcast subbed episodes every Sunday. Netflix is also available for new episodes only in some regions.

What is Demon Slayer about?

Demon Slayer’s plot follows the epic saga of Tanjirou Kamado. A kind-hearted teen who is returning home one day, finds his entire family slaughtered by invading demons. It is set in Taisho-era Japan. Worst of all, he gets in shock when he finds that his sister, Nezuko, is now a bloodthirsty demon herself. Swearing to avenge her, he vows to become a top-class demon slayer. And finds a way to restore her to human form.

After a taugh training by retired elite demon slayer Sakonji Urokodaki, Tanjirou qualify to join the Demon Slayer Corps. And meets their all fellow demon slayers that become his partners. The cowardly yet secretly skilful Zenitsu Agatsuma, and the fiery Inosuke Hashibira, a short-tempered boy raised by a family of boars. Soon, Tanjirou discovers the true recognition of his nemesis, the mastermind behind his parents’ gruesome murder. Muzan Kibutsuji, the first Demon King and he is the progenitor of all demons in existence.

In the world of the Demon Slayer Corps, when Tanjirou eases and learns about the Hashira. The Corps’ most elite demon slayers, as well as the existence of the Twelve Kizuki (blood moons), which is an organization of the strongest demons, are under Muzan’s command.

All over his journey, Tanjirou is accompanied by Nezuko who appears to be able to curb her demonic cravings for human flesh and blood. And is even protective of all human beings and especially her brother. Tanjirou’s loyalty to his sister puts him at odds with some members of the Hashira. They do not agree to believe a demon ally like Nezuko could exist.

What is the Demon Slayer: Mugen Train movie about?

The Movie Demon slayer Mugen Train is remarkable as an anime movie that is not a spin-off from the main narrative. But it is a continuation of the existing storyline.

Mugen Train starts from where season 1 left off and opens on Tanjirou, Nezuko, and their comrades Zenitsu. Moreover, you will see Inosuke embarking on a mission onboard the titular passenger train. Accompanied by Flame Hashira Kyojurou Rengoku, a fiery yet compassionate elite demon slayer. They look over the demon who has caused over 40 people to mysteriously vanish from the Mugen Train.

The demon wreaking havoc on the Mugen Train turns out to be Enmu. It is a lower-ranked demon of the Twelve Kizuki who feels sleep and dreams. The Demon Slayers fall under his spell, and Enmu starts blackmailing passengers into breaking into the slayers’ dreams. And attempting to permanently sever their connections to the waking world.

In the end, the Demon slayers manage to break free, and Demon slayer Tanjirou starts a battle with Enmu. As it turns out has fused his full body with the Mugen Train itself. Though the senior demon from the twelve kizuki manages Enmu, appears and mortally wounds Kyojurou in a titanic clash. The Flame Hashira motivates Tanjirou and his comrades before he dies.

What will the Demon Slayer season 2 be about?

Titled the Entertainment District Arc, the anime’s second season is expected to pick up where Mugen Train is ended. And adapt the corresponding storylines of the Demon Slayer manga. Tengen Uzui, the Hashira with special abilities to command sound, and the character prominently featured in a key visual shared by the show. It will be a driving character in Yuukaku-hen’s plot.

In the season’s plotline, the core protagonists travel with the senior Demon Slayer to Yoshiwara. It is the red-light district of Japan to track down a demon that has been terrorizing the area. Along the way, the second season promises to delve further into the complicated world of the Hashira with notable developments for Tanjirou and Nezuko.

The Japanese broadcast from Fuji TV, home of Demon Slayer has responded to concerns that the broadcast of season 2 will be affected by its setting of a red-light district. There are some reports of the anime news network,  Yuriko Nakamura who is the manager of the station’s programming department. The report says that in September the series would undergo the usual standards-and-practices review. But Fuji TV aims to air the series ‘without changes’.

Is there a trailer for Demon Slayer season 2?

Yes, there is. The official trailer for Demon Slayer season 2 was revealed on February 14, alongside an official announcement in Kimetsu-Sai Online: the 2nd Anniversary Festival of an anime is a special online event that aired on  Abema TV which is a Japanese streaming service.

The official trailer for the Entertainment District Arc was released on July 5th by Aniplex USA with English subtitles. Uzui narrates the shamisen-sound tracked trailer, which features cuts of Zenitsu. And Tanjirou preparing for battle amid the iconic geishas of Yoshiwara.

Aniplex also shared a new teaser for the arc that gives a greater glimpse of Daki, on the date of the 13th of July. The enemy that Tanjirou and the other demon slayers will face in the Entertainment District.

For the time you are waiting for Demon Slayer season 2, you can also watch season 1 and Mugen Train. It is already available on Netflix as for Mugen Train, the film has been released on digital platforms, including Amazon,  Apple Play, and Google Play In Japan. The movie will return for a final theatrical run from July 22 to 29, Aniplex announced July 13 across all 383 cinemas

Alternatively, you can also catch up on the recently released recompilation specials online. It recaps the first season’s three-story arcs. Anime lab will carry all the specials for the viewers of Australia and New Zealand.