Everything you need to know about Maci Currin 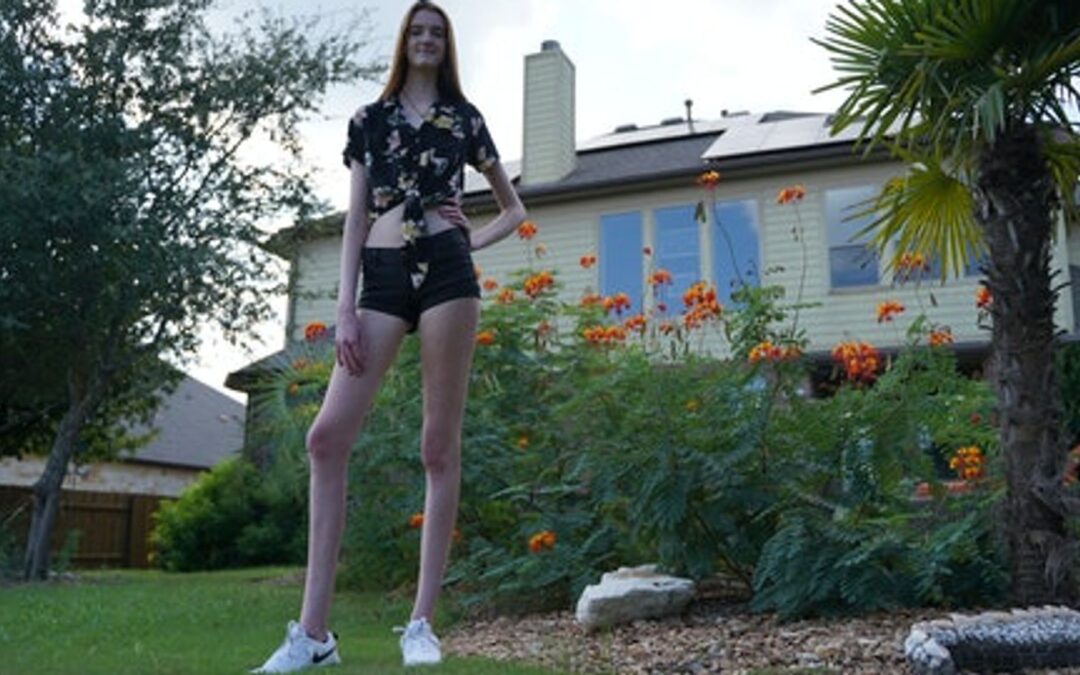 No doubt, our planet is full of beautiful stuff and lots of amazing people. These people become the center of attraction for the whole world. People from all over the world want to see just one glimpse of them. These unique people possess the confidence and are full of talent. Maci Currin is one of these people who have earned worldwide praise.

Maci is famous for having the world’s longest legs measure 53 inches. Her height is 6 feet 10 inches. Maci Currin’s legs comprise 40% of her body.

Maci was born in America in 2003 to kind parents, Trish Currin and Cameron Currin. Maci Currin‘s parents and siblings are tall, but she has exceptionally long legs. She has a fair complexion with blue eyes and dark brown hair. Her features are also attractive. Currently, she is getting her high school education.

After completion of her studies, she has a plan to become a top model of the industry. Maci is doing practice to achieve her future goal.

Being a unique guy, Maci faces some difficulties. She sometimes does not get clothes fitting her size. She faces problems while getting into the car. In a public place, people stare at her. Many people take Maci Currin pictures without taking her permission. Her head bumps here and there many times, which is absolute trouble for her.

But Maci faces all these challenges with bravery. She does not like to shut herself inside her house. She goes outside, talks to people, and amuse them with her gossips.

Maci got fame when the 2021 edition of Guinness Book world had recorded her as having World’s longest legs. Maci Currin broke the record of Ekaterina Lysine of Russia that was previously famous for having the longest legs.

In her past time, Maci liked to play volleyball with her siblings and friends. She also does Yoga for her mental peace. She is conscious about her future and works hard to be a top model of America’s fashion industry.

Maci Currin is a noble character. She promotes an anti-racism attitude in America. She does not like any of the discrimination prevailing in her country. Moreover, she also encourages people to embrace and be comfortable with their physical looks. She also advises people to focus on their individuality.

Maci herself does not like to copy other people in dressing or any other thing. She knows the fact very well that people like her as she is. Furthermore, she likes her uniqueness. And, she motivates people to smile no matter what the circumstances are.

During the pandemic, she decided to be more active on social media than she was before. She saw many videos and found all of them absurd. At that time, she decided to post her videos. Maci Currin has made her name worldwide and become a social media star. There is a long list of her followers on Instagram and Facebook. Her social media accounts contain a lot of appreciative comments.

On social media, people call her “The Tall Friend, ” and she likes this name. Because Maci thinks, for a woman, height is a gift from God. Maci also shares funny videos on her social media accounts. She is least concerned about how other people think. People’s reprove and criticism do not matter to her. Moreover, she makes TikTok videos about her height. She describes all the challenges and difficulties while growing up and how did she overcome them.

She advises other women on social media not to hide their uniqueness. She has exposed her earnest desire to become a top modeling star in the fashion industry of America with her social media friends. She has also made it clear to her friends that she would do so after completing her studies.

Maci tells her social media friends about her parent’s worries regarding her future. That’s why she also intends to get admission in the UK to secure her future and remove her parent’s insecurities.

Finally, she has embraced her individuality and uniqueness with bravery. She has made her mind to become famous in the world and will leave no stone unturned in doing so. The world will surely see Maci’s passion in the realization of her dreams.