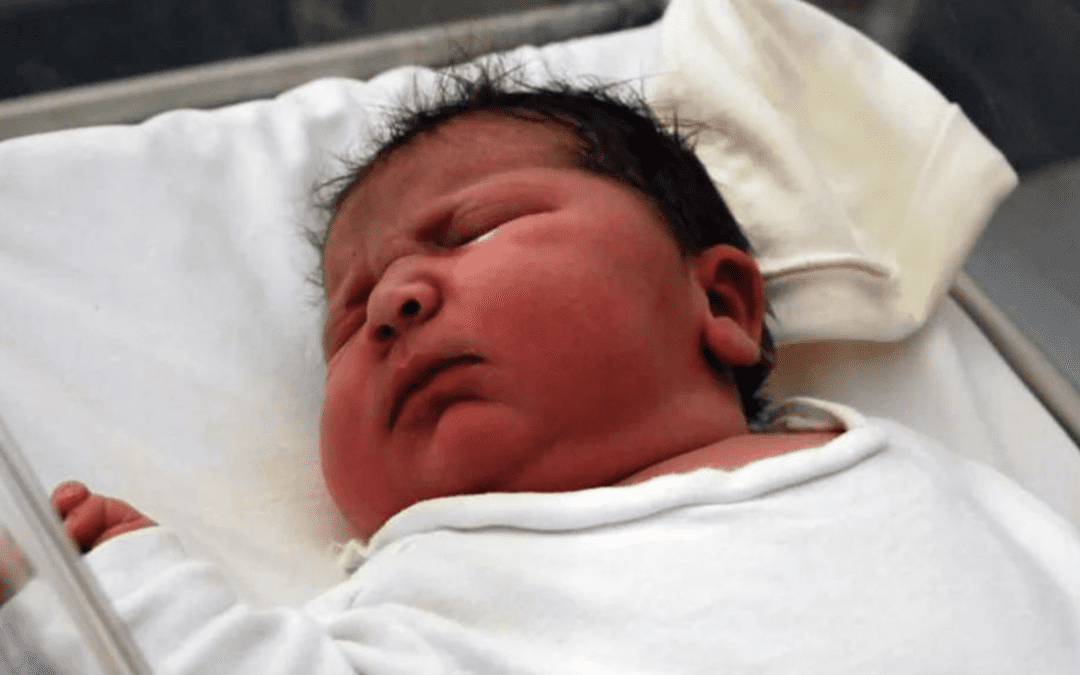 People frequently remark on how tiny and cute babies are while thinking about them. Everything about newborn newborns is tiny, even their adorable onesies and tiny infant socks and hats.

Although some newborns astonish their parents and doctors with their amazing sizes, not all babies will fit into the tiny, miny clothes, and best baby shoes that you see in baby shops. The babies on this list are everything but little, even though they are unquestionably still adorable. Let’s think out of the box and discover the biggest baby ever born in the World.

In this article, we will get to know about the world records of the four biggest babies ever born, details, and some of their history.

The heaviest baby ever born, nicknamed “Babe” in the world had a weight of 22 pounds, and a length of 28 inches, born in Canada in 1879. The largest baby ever delivered was by mother Anna Bates.

Sadly, 11 hours later, their kid died. He had not had time to be given a formal name, so he was given the loving nickname “Babe”. When this heaviest baby was ever born, according to reports, Anna lost over six gallons of fluid when her water broke.

The second biggest newborn baby ever born is named Akbar, with a body weight of 19 pounds and 2 ounces, a length of 24.4 inches, born in Kisaran Sumatra, Indonesia in 2009.

Mother, Ani endured a 40-minute c-section to give birth to her incredibly huge kid when she was 41 years old. Both mother and kid came out of the experience in good health, despite the problem of the baby’s size, which was brought on by the excess glucose from her diabetes.

Although Baby Akbar’s two brothers had been larger than average as well, he nevertheless exceeded them in size, surprising his parents with his height. Muhammad Hasanuddin, the boy’s father, and the physicians both remarked on the boy’s insatiable eating.

He was happy for the mother and child and wished that he hope he always affords to feed the baby enough because he needs more milk than other newborns. Hence, Akbar is the second biggest baby ever born in this World.

In the world, the third heaviest baby ever born is named Nadezhda, carrying a weight of  17 pounds 5 ounces, born in 2004 in Altai, Siberia. Tatyana Khalina was startled by the size of her newborn daughter despite having already given birth to eight daughters and three sons.

The delivery of the mother’s daughter went smoothly and healthily, and the hospital personnel reported that Nadezhda was growing and developing normally. Tatyana and her family received aid from their neighborhood after surviving on a meager diet during her pregnancy.

Although Nadezhda’s father is said to have been stunned and speechless by her size at birth, both of her parents were startled to meet her when she was born.

Ademilton is the world’s fourth large baby ever born having a weight of 17 pounds, in 2005 in Salvador, Brazil. According to the doctors, Francisca’s child was born at the same weight and size as a typical six-month-old infant.

The son of Francisca dos Santos, who weighed twice as much as the usual newborn, holds the record for being the biggest baby ever born in Brazil. Francisca’s sixth child, who was remarkably enormous for an infant, was born through a c-section.

Unfortunately, his mother’s diabetes was the cause of the tiny guy’s size. They continued to have generally good health even though they had to be closely watched and treated for the impacts of her disease.

Health Effects of Having Heavy Babies

There are various health hazards associated with having heavy babies, such as bleeding and difficult deliveries. In a neonatal all-intensive nursery, blood counts and blood sugar levels are frequently checked by child care, health, and development departments since large newborns are more likely to experience these problems.

Over their lives, newborns who weigh more than 9 pounds are more likely to develop obesity, diabetes, heart disease, cancer, and even neurological issues.

A mum has given birth to a whopping 14lb 15oz baby named Alpha. He is believed to be the third biggest newborn ever in the UK and the biggest baby born in 2021.

Who is the smallest baby ever born?

Who is the 2nd biggest baby ever born?

The second-biggest baby girl in the UK, weighing almost 13 pounds, is born to a first-time mother. Emilia was born to Amber Cumberland, 21, of Aston, Oxfordshire, at 12 pounds and 14 ounces.

Who is the heaviest baby born in kg?

According to the Guinness Book of World Records, Carmelina Fedele gave birth to the heaviest baby ever. The baby was born in Italy and was an enormous 22 pounds, 8 ounces, (10.2 kilograms) at birth.

Who is the Guinness world record for most babies born at once?

The Suleman octuplets, born in 2009 in Bellflower, California, are the first known set of multiple births with eight or more living infants. All of them were still alive and had reached adulthood as of 2019.

Who is the biggest baby born in South Africa?

You May Like: Cute Baby Hairstyles for Little Girls