Places Around the World That Celebrate Hanukkah 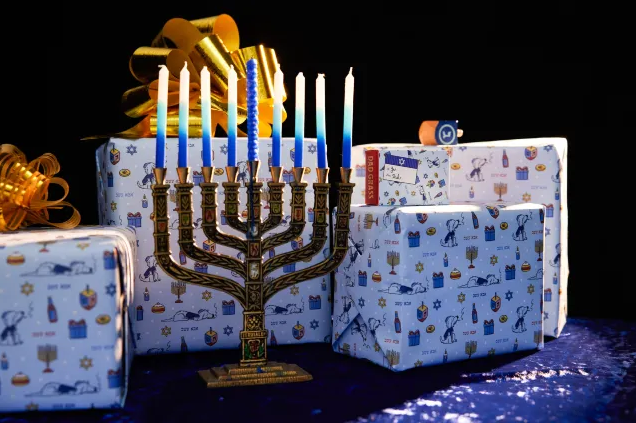 Read about the places around the world that celebrate Hanukkah, an eight-day festival, people with Jewish faith celebrate with all zeal and zest.

Each religion in this world has a certain set of beliefs ideas, rituals, and festivals. The followers of each religion with complete faith in its teachings, ideas, and festivals follow them with great love and an open heart. When it comes to the followers of the Jewish faith, people spend Ḥanukkah, an eight-day festival. Hanukkah became a famous and most popular Jewish holy holiday.

Hanukkah festival is also known as the “Festival of Lights”, “Feast of the Maccabees”, and “Feast of Dedication” which usually begins in December, according to the Gregorian calendar. Hanukkah confirms Judaism’s beliefs and commemorates the rededication of Jerusalem’s Second Temple by burning candles on each of the festival’s eight days.

In this article, you will learn about the places around the world that celebrate Hanukkah and information about how they celebrate it.

Hanukkah and its Importance

Jewish communities being 15.2 million in numbers worldwide hold larger and more festive celebrations for the general public than others. Hanukkah is marked by a wide range of religious and non-religious customs. Hanukkah, like Purim, is a festive festival without the work limitations associated with the main Jewish holidays of Rosh Hashana and Yom Kippur.

Menorahs are lighted to commemorate the miracle of one day of oil lasting for eight days and nights following the Maccabean victory. Some signature food like potato pancakes, fried fritters, and jelly doughnuts are all associated with the event. There are some of the greatest places to spend Hanukkah, whether you are a member of a large Jewish family or simply want to learn more about the holiday. Read about these places now:

USA has 39.47% of the Jewish population residing worldwide which was 6,000,000 in 2021. Being the second-largest Jewish population in the world, it is a wonderful place to celebrate Hanukah. At the Grand Army Plaza, you may observe one of the world’s largest menorahs and attend evening festivities. Each evening of the event, the menorah, which stands around nine meters tall, is illuminated, and there is plenty of traditional dance and food.

It’s a fantastic place to take kids to learn about religion and culture. You’ll also discover various Hanukkah music festivals in New York City, where you may enjoy some festive sounds that aren’t just about Christmas!

The 32-foot-tall menorah in Park Slope, Brooklyn, is especially worth seeing, as it is lit every night during the celebration. Celebrating Hanukah in New York City has a different charm and feel. If you are planning to celebrate it big and want to make some special memories, NYC is a place for you.

Israel has near to half of the Jewish population residing worldwide. Celebrating Hanukkah in the Jewish homeland is a dream of many. This makes it the most traditional venue to celebrate Hanukkah is in Israel, the birthplace of the holiday. Take this journey to the exact location where the Hanukkah narrative was told.

As your pilgrimage leads you to an ancient country, Hanukkah in Israel will entail a lot of learning and sightseeing. A vacation to Israel also prioritizes education over material goods, as your goal will be to immerse yourself in the celebration rather than shower children with gifts. Jerusalem is among the best places around the world that celebrate Hanukkah so well.

Rome can also be a location at the top of your list if you are planning to celebrate Hanukah with its full essence.  It is, after all, the center of Catholic culture. Rome’s entire “religious aura” makes it the ideal location for a religious festival. The lighting of a massive menorah can be seen in the Piazza Barberini. After that, join the masses in Rome’s Jewish Ghetto for a massive Hanukkah Street Party, complete with dancing and parades.

During Hanukkah, Rome puts its own take on the ritual of eating delicacies fried in oil. On a cuisine tour of Rome’s Jewish Quarter, try the local delicacy of deep-fried artichokes known as carciofi alla giudia. Also, don’t miss the fritelle de Chanuka, an Italian variant of sufganiyot made of dough combined with raisins and anise, cooked in oil, and sprinkled with warm honey.

Berlin, Germany’s capital and largest city, is amongst the most recognizable locations for Hannukah commemorations. Every year, on the occasion of Hannukah, this city also holds a Yiddish festival with zeal and zest.

People participate in and celebrate the festival through food preparation, dancing, arranging workshops, seminars, film screenings, organizing jamming sessions, and coordinating a variety of other activities. The latest menorah in Europe, and evenly branched candelabra used in Jewish worship, stands firm at Berlin’s Brandenburg Gate. This lighting ceremony represents the celebration’s honor and reflects on how far Judaism has progressed in the area.

The towering triangular menorah in Trafalgar Square is a remarkable piece of public art and a hallmark of the city’s celebrations. The public lighting ceremony for the statue takes place on the first day of Hanukkah (and continues every day thereafter), attracting upwards of 4,500 people to bask in its glow.

Other popular public parties take place in London — Islington Green and the Jewish Museum both host menorah lightings and provide some light snacks — but Hanukkah in the Square is the city’s main attraction, with live music and celebratory dancing taking place all around and thousands of people eating the free fried doughnuts distributed to all.

This is one of the locations where you can see the largest menorah. Every year, families in and around Boston celebrate and enjoy a variety of activities. Hanukkah, a festival of lights, begins on Tuesday and lasts for eight days, including candle lighting and the preparation of traditional fried foods.

This event is celebrated in the memory of a small group of Jewish people that defeated Greeks by ruling them out of their land; hence regaining their Holy Temple. Several activities are arranged such as arranging concerts where the finest singers are called on to perform and delicious food is distributed to celebrate this event to its finest.

This is also a well-known destination for finding a large menorah. If you want to celebrate Hanukkah under a scorching sun, Austria is the place to be. It goes without saying that no Hanukkah celebration is complete without the lighting of the menorah, the preparation of food, music, dancing, and artistic performances. Hanukkah celebrations on the Gold Coast are a great way to enjoy and observe a holy day.

How many countries celebrate Hanukkah?

What are unique rituals in celebrating Hanukkah?

Different countries spend this festival merging their own culture with the customs that came from olden times. Some rituals are common like Jews light menorahs for eight consecutive nights on Hanukkah. Women in their house rest until the candles remain burning for the duration of half an hour or some traditional ones do it until the flames die out.

People watch Hanukkah special TV shows and documentaries with their families to ensure the importance of this festival. Some Jewish families keep themselves away from gadgets and technology showing gratitude towards the occasion. Eating fried latkes and sweet meals cooked with olive oil is also common but every country mixes it with their own food and tastes.

Despite ongoing changes among countries as a result of the COVID-19 pandemic, celebrations in the next two and subsequent years may not be as usual; however, Hanukkah is and will be celebrated in its true spirit.